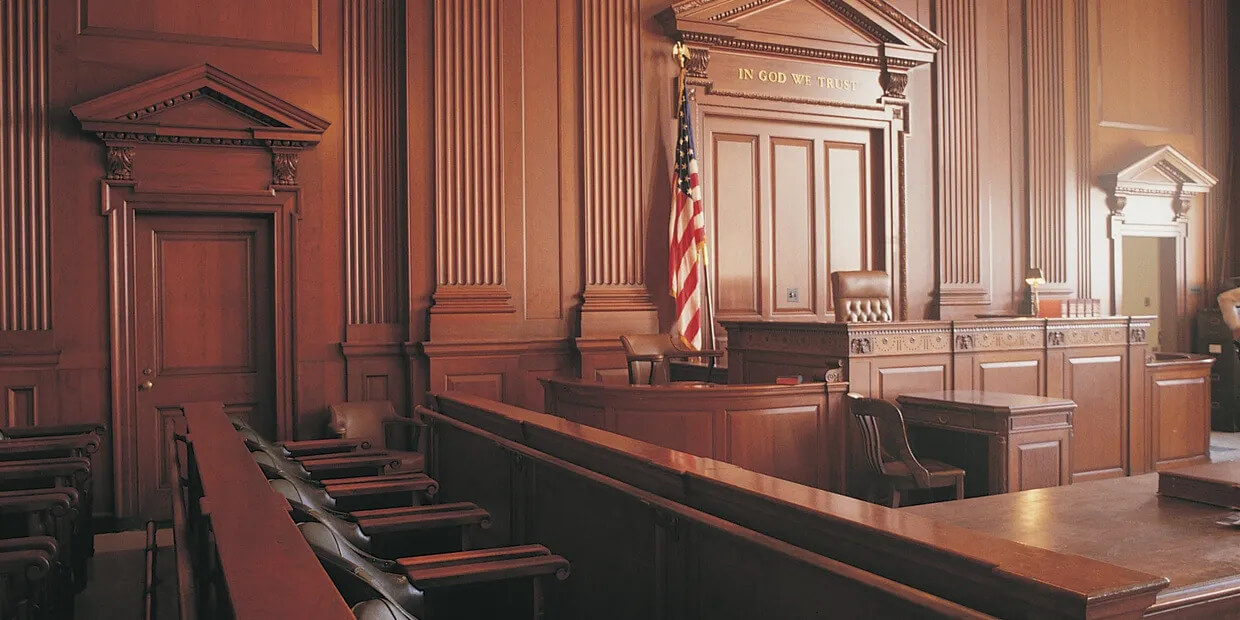 The court martial process is prescribed by the Rules for Court Martial (RCM) and Military Rules of Evidence (MRE) and is fairly standard across all branches. This is a brief general overview of the process for a “contested” Special or General Court Martial, meaning you plead not guilty and contest the charges. Contact a military defense lawyer to learn more today.

When charges are officially brought against you, it is called the “preferral of charges” or simply the “preferral.” You will typically sign a form acknowledging that you have received the charges. The charge sheet will then be routed through the chain of command for recommendations as to the level of court martial you should be tried by and the basic evidence against you will be sent to your attorney. After your attorney has reviewed the evidence, you will consult with him/her regarding your defense and options going forward.

The military has jurisdiction over misconduct committed by reservists while drilling, Annual Training, during travel to the drill site, intervals between consecutive drills on the same day, and intervals between consecutive drill days. If a reservist is accused of committing misconduct in one of these statuses, commanders can mobilize the reservist for the purpose of being tried by court martial.

If the Special Court Martial Convening Authority (typically the O-6 level commander) recommends that your case be tried by General Court Martial, s/he will order that an Article 32 Preliminary Hearing be held and will appoint a Preliminary Hearing Officer (PHO). At the hearing, the Trial Counsel (military prosecutor) will present the evidence against you to the PHO. Although witnesses may be called, the Government typically only submits the Report of Investigation to the PHO. This is because the burden of proof is Probable Cause, a standard that the Government considers to be very low. Your defense attorney will represent you at the hearing. The PHO then makes recommendations to the convening authority about whether there is Probable Cause that an offense was committed, and whether you committed it. The PHO will also determine whether the military has jurisdiction over the charges, and whether the charges are in proper form.

Even if the PHO determines there is no Probable Cause and that you should not be tried by court martial, it is only a recommendation. The Government may ignore the recommendation (and most likely will) and take you to trial anyway.

The arraignment is a brief hearing before the military judge, who will ensure that you are notified of the nature of the charges. S/he will inform you of your rights and ask you who you want to represent you, and how you wish to be tried (by judge alone or by panel). S/he will also ask how you plead (guilty or not guilty). Your attorney will enter your plea. Afterwards, the military judge will schedule when motions will be filed and argued, as well as your actual trial date. Although you will not be tried on the same day as the arraignment, this is when “trial” is technically considered to begin.

There may be legal issues with your case that must be addressed with pre-trial motions. Examples include motions to compel witnesses and evidence, or motions to suppress statements and evidence. Attorneys from both sides will draft the motions and argue in front of the military judge, who will decide on the issues presented.

Depending on the circumstance and your election, your case may be tried by a panel or by judge alone. A panel trial begins with “voir dire” which is the process by which panel members are selected. Prospective panel members will be questioned regarding potential for bias. Afterward, counsel from both sides will have the opportunity to challenge members they believe will be biased by asking the military judge to excuse them. The military judge will hear argument, make the decision on challenges, and seat the panel.

After the panel is seated, counsel from both sides will make an opening statement. The Government will then present its case. The Trial Counsel will present evidence against you pursuant to the Rules of Evidence and the limitations imposed by the military judge’s ruling on motions. Witnesses will be called, and documents and videos may be admitted into evidence. Your defense attorney will cross examine the witnesses against you and make objections when warranted.

After the Government presents its case, your attorney will have the opportunity to present a case in your defense. Your attorney may call witnesses and present other evidence. The Trial Counsel will cross examine defense witnesses and make objections when warranted. After the defense presents its case, the Government will have the opportunity to rebut it since it is their burden to prove your guilt. After both the Defense and Government rest, the panel will deliberate on their findings. If you are found guilty on any charge, the case will move directly to pre-sentencing.

At the pre-sentencing hearing, the Government will introduce any matter that aggravates the offense(s) you were found guilty of. This may be the impact the offense(s) had on others, damage to unit readiness or cohesion, etc. The Government may also introduce prior records of punishment and call witnesses to indicate your lack of “rehabilitative potential.” Typically this will be a unit commander or other supervisor in the chain of command.

After the Government presents its sentencing case, your attorney will present matters in mitigation and extenuation. These matters may show circumstances of the offenses which make them less severe when considered as a whole, and why the punishment should be light. You will be able to call character witnesses, and present other evidence. After both sides have presented their case, the panel will deliberate on sentencing. Each offense carries a maximum allowable penalty.

If you decide it is in your best interest to plead guilty, your attorney may negotiate the terms of your plea which will be captured in writing. This is known as the Pre-trial Agreement (PTA). It will usually include a cap on confinement that the Military Judge can sentence you with, and potentially limit the type of punitive discharge. The terms of your guilty plea may also include waiving your right to an Article 32 preliminary hearing, and your right to file motions. Your attorney will also negotiate a stipulation of fact which includes the factual basis for the offense(s) that you are pleading guilty to. The GCMCA will either approve or deny the PTA. If approved, the plea will be scheduled and normally takes no more than several hours to complete. Instead of a contested trial where evidence is disputed and witnesses are cross examined, the military judge will question you at length about the offense(s) to determine if you are making the decision to plead guilty knowingly and voluntarily, and in order to find you guilty. This is known as the “providency inquiry.” The judge will also utilize the stipulation of fact to determine your guilt, and to determine an appropriate sentence. If the judge accepts your guilty plea, you will move directly to sentencing.

If the Government is not reasonable with the terms of a plea deal, it is possible to plead guilty without the protection of a PTA. This is sometimes referred to as a “naked plea” or “unprotected plea.” With this type of plea, the judge is allowed to sentence you to the maximum punishment allowed by law.

What is a Summary Court Martial?

Only enlisted members are eligible for a Summary Court Martial (SCM). The term “Summary Court Martial” is something of a misnomer, as it cannot result in a criminal conviction. Some refer to it as a “Super Article 15.” Like Article 15 NJP, you can decline a SCM which would most likely result in the case being taken to a Special or General Court Martial. Also similar to the Article 15 NJP, you have the right to consult with an attorney prior to making your decision about accepting the SCM, but you do not have the right for an attorney to represent you at the proceeding.

What Does a Short Martial Mean?

As of 1 January 2019, a new type of Special Court Martial may be convened as a judge alone trial without the consent of the Accused. This means that if your case is referred to this type of court martial, you do not have the option to select a trial by panel members (military jury). However, you can object to this type of court martial. This is similar to the civilian version of a judge’s bench trial over misdemeanors, where the Defendant does not have the right to a jury. These courts martial are commonly referred to as a “short martial.”

The justification for the short martial is that it only applies to certain offenses and punishment is limited. A short martial does not have jurisdiction to try offenses that could receive more than 2 years confinement at General Court Martial, or offenses that would require sex offender registration if convicted. Charges for wrongful use or possession of controlled substances are the exception (charges for distribution and manufacturing are not covered by the exception).  A short martial may not adjudge more than 6 months confinement, more than 6 months forfeiture of pay, and may not adjudge a punitive discharge.

If charges are referred which do not fall within the jurisdiction of a short martial, the Accused may object prior to arraignment. However, the Government may then simply refer the charges to a regular Special Court Martial or General Court Martial.

A Special Court Martial (SPCM) consists of a panel (military jury) of four members, or you may be tried by military judge alone at your request. Enlisted members may request that the panel be made up of at least one-third enlisted personnel. If found guilty, enlisted members can be reduced to the lowest grade and receive a Bad Conduct Discharge. Officers cannot be reduced in rank or receive a punitive discharge (dismissal). All members regardless of rank can be sentenced to confinement of up to 1-year, hard labor without confinement for up to 3 months, and forfeiture of up to two-thirds pay per month for up to 1 year. A finding of guilt at SPCM will result in a federal conviction and criminal record.

A General Court-Martial (GCM) consists of a panel of eight members (12 in a capital case), or you may be tried by military judge alone at your request. Enlisted members may request that the panel be made up of at least one-third enlisted personnel. A GCM may adjudge any punishment not prohibited by the UCMJ, including death when specifically authorized. A finding of guilt at GCM will result in a federal conviction and criminal record.